Sitting on a board or committee allows you to give back to the community while gaining valuable experience as part of a collaborative team of citizens and/or council members. The Town and all residents benefit greatly from the community-minded expertise that volunteers bring to these positions.

Would you like to serve on one of the town’s community committees?
To apply, download the application form and deliver it to the Town Office (4943 53 Street) or email it to townhall@innisfail.ca.

The Age-Friendly Community Committee acts as a catalyst for community collaboration, with the objective of making Innisfail more age-friendly by welcoming input from the private, public, and non-profit sectors. Additionally, it will promote the concept of multi-generational collaboration throughout the community.

The Community Services Standing Committee is intended to enhance and strengthen the quality of life for all citizens in Innisfail and area. The Committee is to provide a broad community perspective on issues affecting the service areas listed below, acts in an advisory capacity and provides recommendations to Council for decision. The Committee operates in accordance with Bylaw #1500, Schedule B.

The Committee meets on the third Tuesday of every month at 4:00 p.m.

This is a temporary committee that meets every two years to review the pay and benefits received by Innisfail Town Council.

The Town of Innisfail is seeking citizen representatives to sit on the Council Remuneration Review Committee. The committee will meet two to three times over the months of June and July to make recommendations to Council in relation to council Remuneration, including per diem rates and benefits.

Applicants must be Innisfail residents over the age of 18.

Deadline to apply is Monday April 19.

The Town of Innisfail appoints an FCSS Board whose mandate (Bylaw #1505) is to identify community issues and needs, review Community Grant Applications and make recommendations to Town Council.

The Board meets on an as-needed basis, typically in the evening.

The Innisfail Community Economic Development Advisory Group’s goal is to advise Council and provide recommendations regarding community economic development using a systematic approach that aligns the economic, social, and environmental pillars of the community.

The MPC meets on the first and third Tuesday of every month at 3:00 p.m.

This committee is required to meet a minimum of six times per year.

Subdivision and Development Appeal Board (SDAB)

The SDAB hears appeals on developments and subdivisions in accordance with Municipal Government Act regulations and Bylaw #1473.

The Committee meets at least once a year in June or as circumstances require.

CAEP is a partnership of 41 Alberta Municipalities with a mission “to enhance sustainable economic prosperity across Central Alberta by facilitating the collaboration between communities, business and government and by providing tools to assist member communities in economic development.”

CARTS provides a forum for all trail groups, including provincial trail user associations partnering with trail stakeholders, to develop and deliver user education programs and promote responsible recreation access. They meet a total of six times a year: in November, January, March, May, July and September.

CWMC is authorized to provide solid waste management services. The following municipalities are members of the Commission:

The Innisfail and District Historical Society is managed by a board of directors and is made up of both individual and business members from surrounding communities. The board of directors regularly meets to discuss the Society’s objectives and efficiently runs the Village
during the summer with the help of summer student employees and a manager.

The Joint Use Agreement between the Town of Innisfail and Chinook’s Edge School Division allows for the residents of Innisfail to rent certain school facilities. The Innisfail Joint Use Committee consists of representatives from Chinook’s Edge School Division and the Town of Innisfail, and is responsible for the co-ordination and management of the utilization of Town and school facilities in accordance with an approved schedule and budget. Currently, the Innisfail Middle School gymnasium and Student Gathering Area, as well as two Fine Arts rooms in the Junior Senior High, can be booked by the public.

The Innisfail Municipal Library Board is dedicated to providing education, cultural enlightenment, recreation, freedom to read and information to all citizens of Innisfail and area.

Intermunicipal planning is an ongoing effort between two or more municipalities to make land use planning decisions in a manner that reflects the mutual and individual interests of the affected municipalities. An Intermunicipal Development Plan (IDP) is one of the main tools used in this effort.

An IDP is a broad-based policy document that is designed to ensure that development, usually in and around an urban municipality, takes place in an environmentally responsible and sustainable manner without significant unnecessary costs and unacceptable negative impacts on either municipality. It recognizes the difficult challenges facing both municipalities as they try to deal with expected growth pressures in a way that is mutually beneficial. An IDP is expected to provide both municipalities with a comprehensive long range land use based plan that reduces potential development conflicts, addresses community concerns and provides a framework for ongoing consultation and co-operation in areas of mutual concern.

The Mountain View Regional Water Services Commission owns and operates the Anthony Henday Water Treatment Plant (AHWTP), which is situated on the banks of the Red Deer River northwest of Innisfail.

The idea of a regional system was conceived in 1973, when the Towns of Innisfail, Bowden, Olds, Didsbury, Carstairs and Crossfield approached the Provincial Government about building a water treatment plant and pipeline to provide a safe reliable source of potable water for its citizens.

Approval was given in 1974, and construction commenced on the water plant in 1975, and on the pipeline in 1976. The project was completed in 1977, with production and pumping beginning in November 1977. The Provincial Government operated the AHWTP from 1977 to 1992. In 1992 the legislature and the owners incorporated the MVRWSC, and operation was taken over in 1993. The MVRWSC is directed by a board consisting of one member of Council from each town, and an independent administrator.

PCPS provides a variety of planning consultation services to municipalities and the private sector, specializing in municipal land use policy planning, site assessment and design and subdivision services.

Parkland Foundation Management Body is mandated to operate under the Alberta Housing Act and related legislation and regulations. Its primary purpose is to administer and maintain a portfolio of comfortable and affordable residential housing units for the benefit of citizens at whom the various social housing programs are targeted.

The Parkland Regional Library is an independent body established under the Alberta Libraries Act for the purpose of providing a variety of support services for the public and school libraries of rural Central Alberta.

The Commission is authorized to provide and operate a wastewater supply system. The following municipalities are members of the Commission:

The Innisfail Chamber of Commerce comprises members from all segments of the business community who work together for the common good of the community. 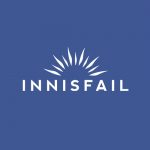 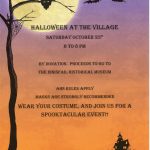 Halloween at the Village 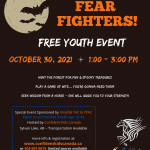